When we first started this journey, we saw a
broken food system that didn’t serve us.

So we took matters into our own hands and began to educate ourselves by learning all we could in the kitchen. 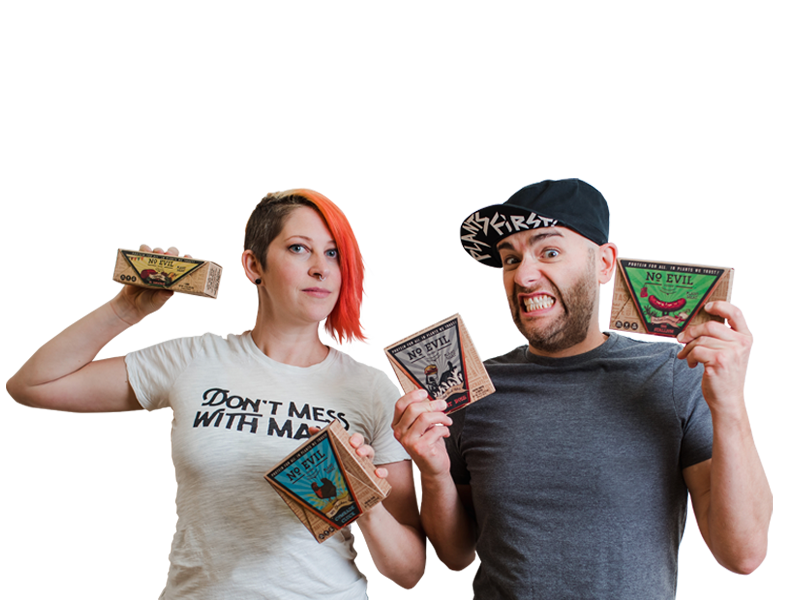 We made everything from scratch, grew our own food, tapped our own maple syrup, and gained a DIY-fueled confidence that made us want more.

In 2014, we pooled a little bit of savings and rolled a cooler full of Plant Meat to an Asheville, NC farmer’s market. We had no idea what to expect and didn’t know if anyone would even buy it. As it turns out, there were a lot of people interested in meat made from plants, and we sold out on the first day!

No Evil Foods is now coast-to-coast, leading the pack for environmentally sustainable, plant-based meats that feed and fuel the movement toward a better food system. 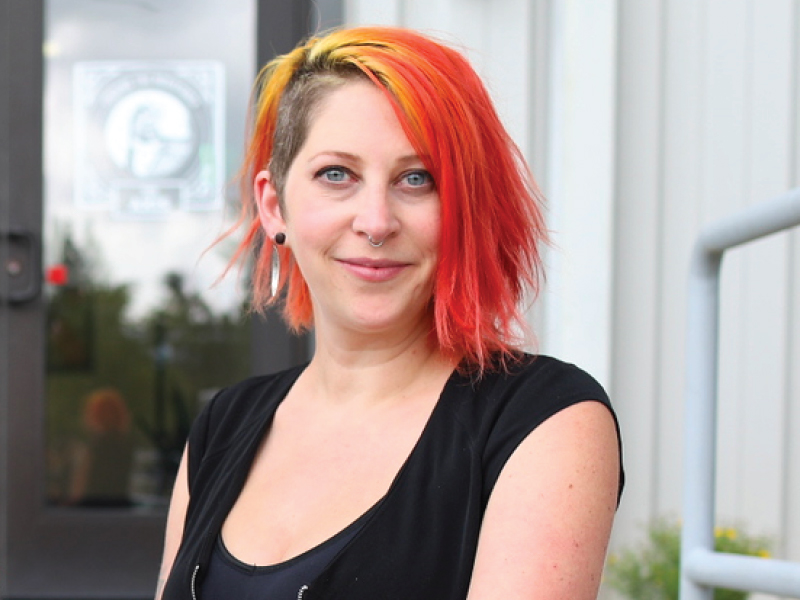 Sadrah Schadel is a leader and innovator in the plant-based food space. As the co-founder and Chief Creative Officer at No Evil Foods, she guided the growth of her company from farmers market to a national brand fueled by her commitment to animal welfare, social good, and creating killer culinary experiences through simple ingredients. She utilizes the visibility and success of her company as a vehicle to drive transformative impact on social and systemic inequalities, leading No Evil Foods to become the world’s first Certified Plastic Negative plant-based meat brand, as well as a Certified Fair Chance Business.

Sadrah provides thought leadership as a Board Member of the Plant Based Foods Association and serves on the Advisory Committee of Inclusive Hiring Partners. She inspires others through telling the authentic story of what it takes to craft a revolution at speaking engagements and summits around the country.

Sadrah’s dedication to giving back and working to improve systems of injustice runs deep. Before she was changing the world with No Evil Foods, Sadrah worked in Employment Training & Development for non-profit organizations in the northeast and the San Francisco Bay Area, with a focus on chronically homeless, formerly incarcerated, and dual diagnosis populations. Her love of good food began in her family’s plant-based kitchen and was further honed through her experience in restaurant management in top dining destinations in Philadelphia, PA and New York state. 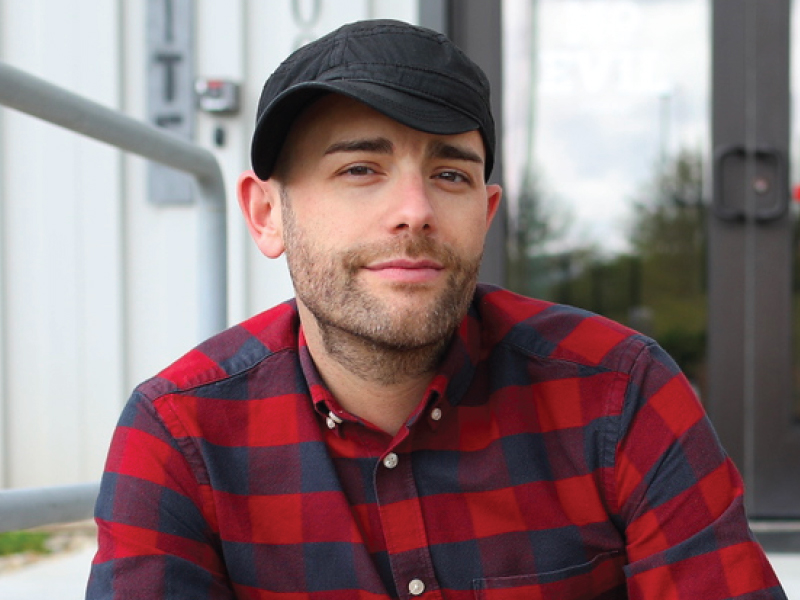 If Sadrah is the visionary at No Evil Foods, Mike is the architect. Mike stands quiet and thoughtful (at his standing desk!) at the helm of a company whose fast-paced growth trajectory is actually hurtling through space at breakneck speed. Behind the scenes, Mike sketches the big picture, turning vision into reality. His plant-based journey began as a simple experiment, but became much more–not only a passion, but an opportunity to help drive positive change in the world. From a small DIY outfit that sold at local farmers markets, his determination helped grow No Evil Foods into a bonafide company with nationwide distribution and expansive production capabilities.

With every notch in a company’s growth, there’s an individual in the office with whole a lot of spreadsheets, and a few more gray hairs…or no hair at all! At No Evil Foods, that person is Mike Woliansky, our wizard behind the curtain.

Before the days of Plant Meat, Mike had a career in music, including performing and tour/band management from dirty basements to 10,000 seat arenas—screaming all along the way. It was here that he learned resourcefulness in the face of great odds against success, and experienced nearly every aspect of entrepreneurship and business management imaginable. He also spent time as a freelance writer, and cut his teeth in the food world at four star restaurants like The Dining Room at the Inn on Biltmore Estate.

Mike graduated from Penn State University with a BA in English and Minor in Business.

We are a company that welcomes all people

Want to carry plant meat on your shelves?

If you are a business or retailer that would like to carry Plant Meat on your shelves, get in touch!